The Road to Berlin 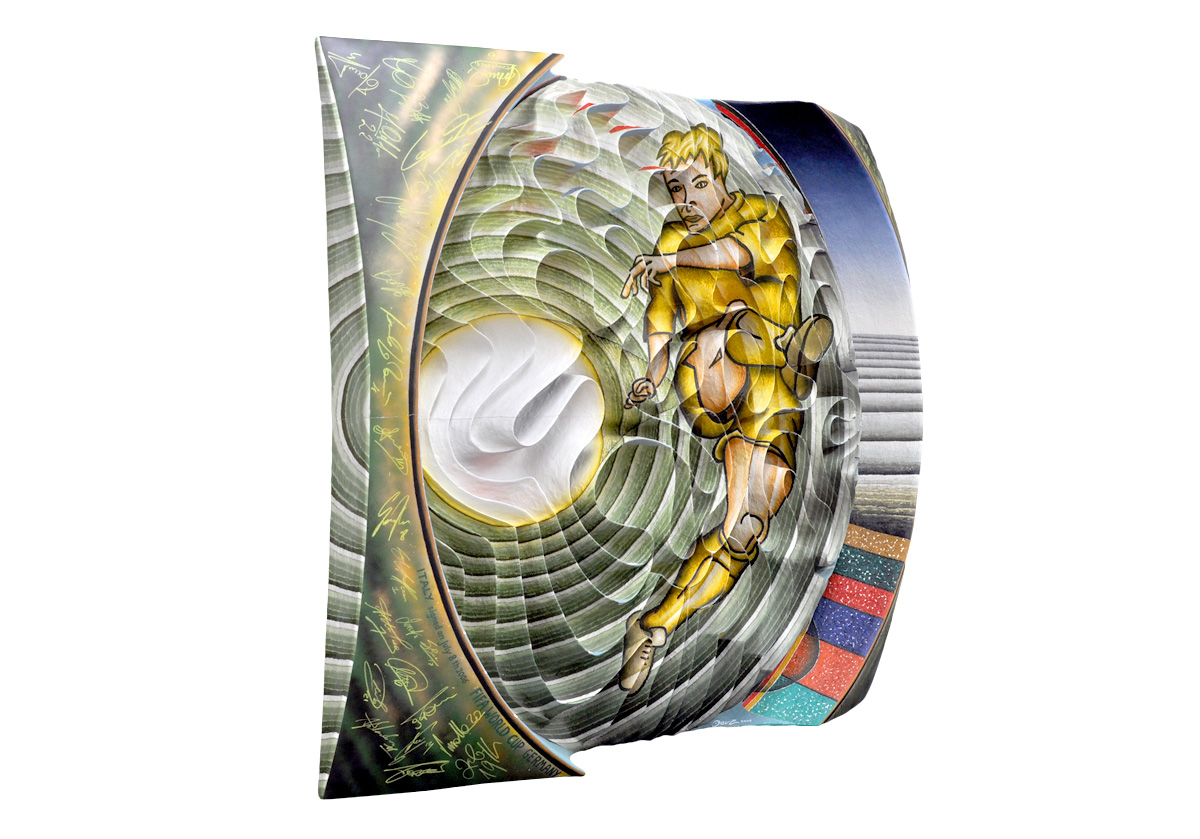 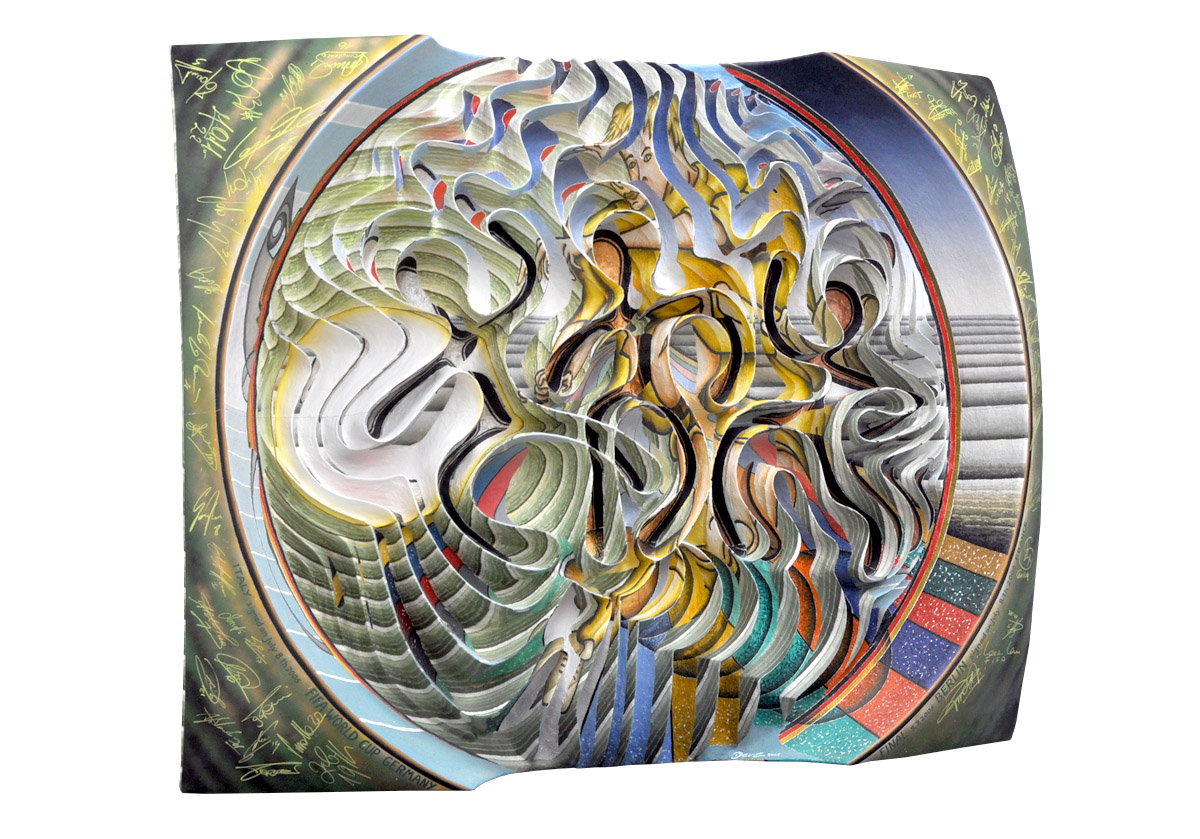 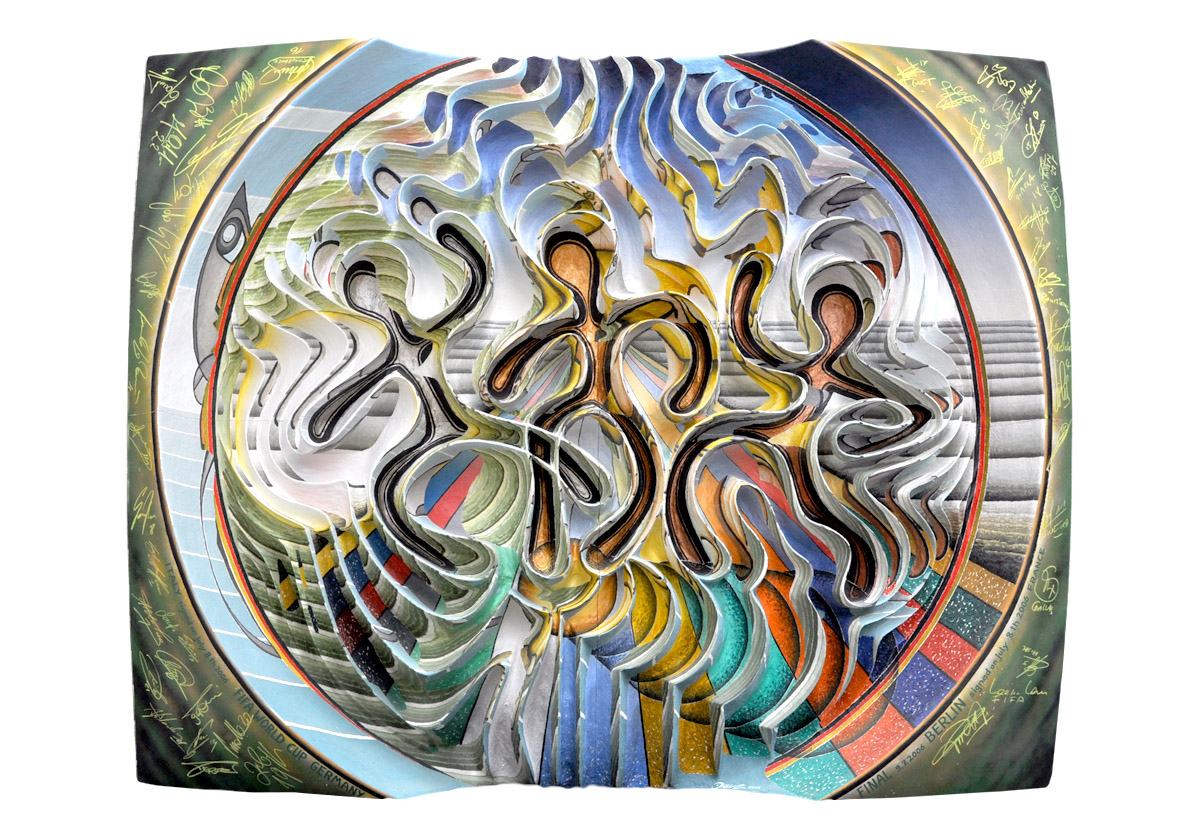 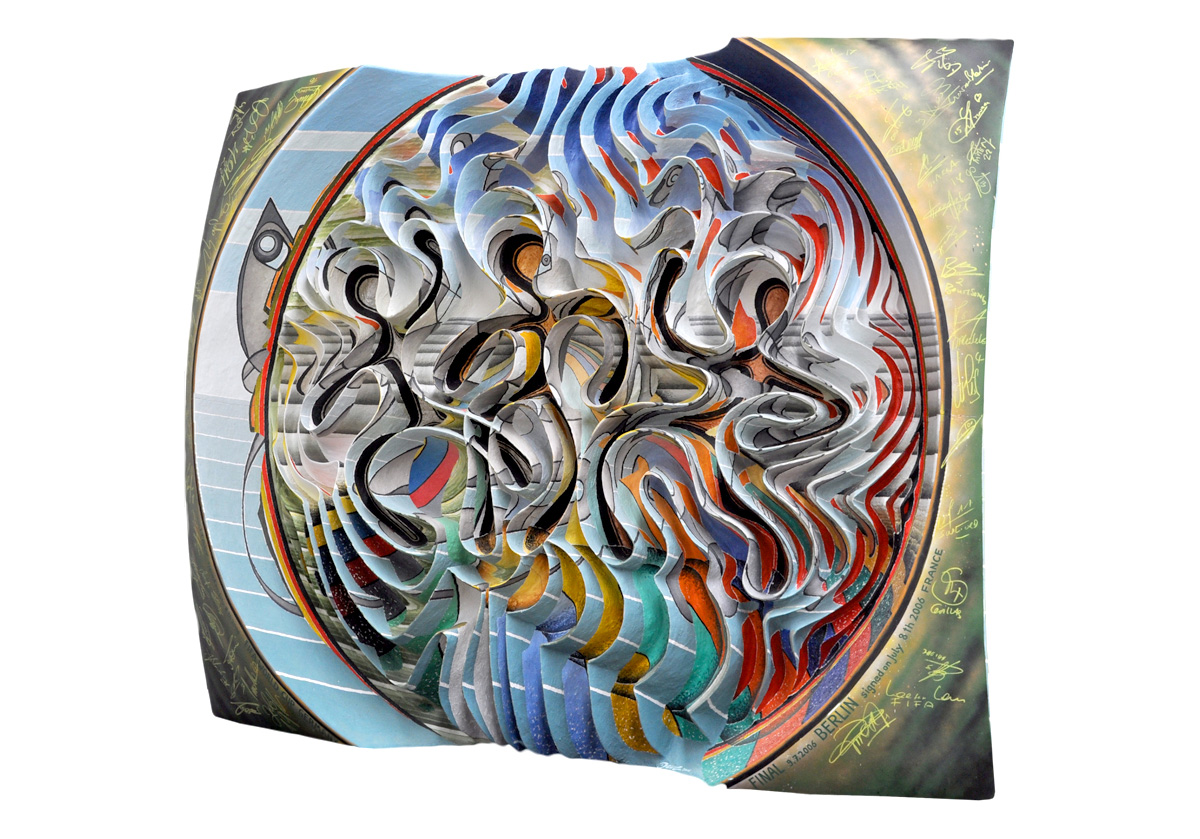 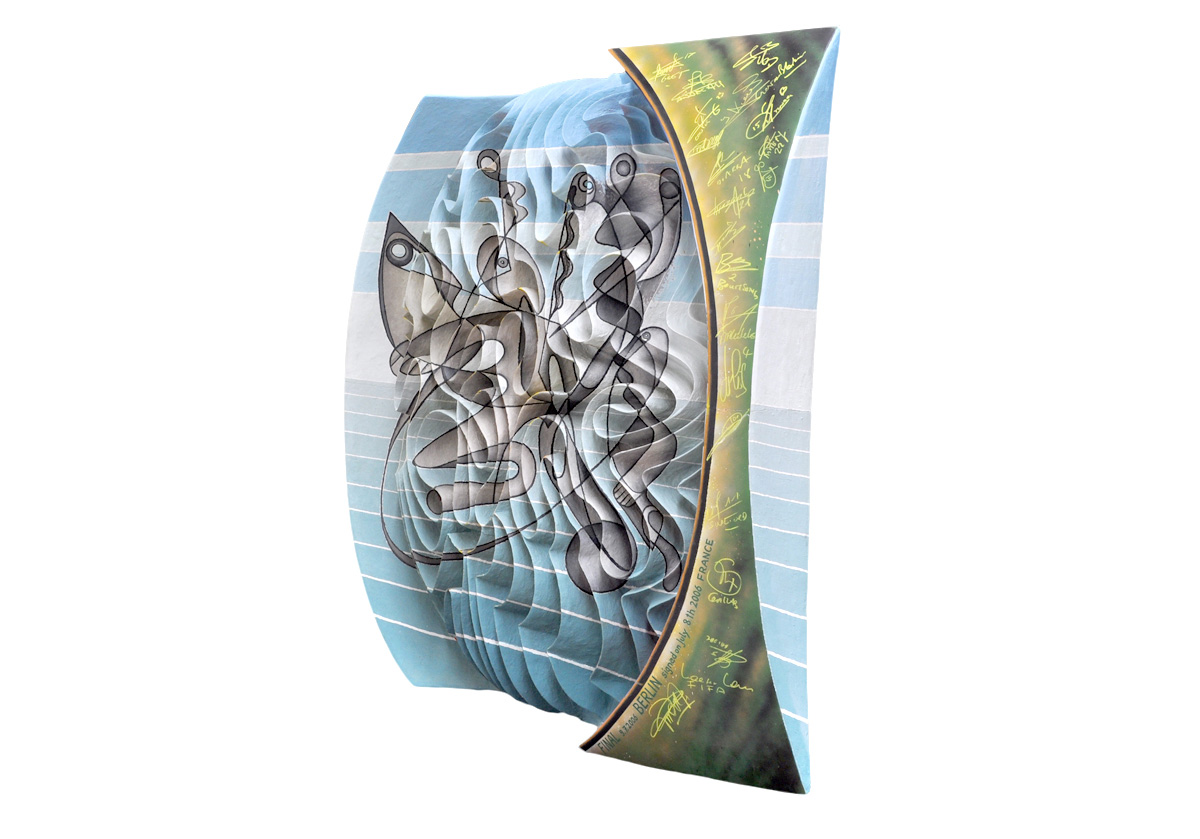 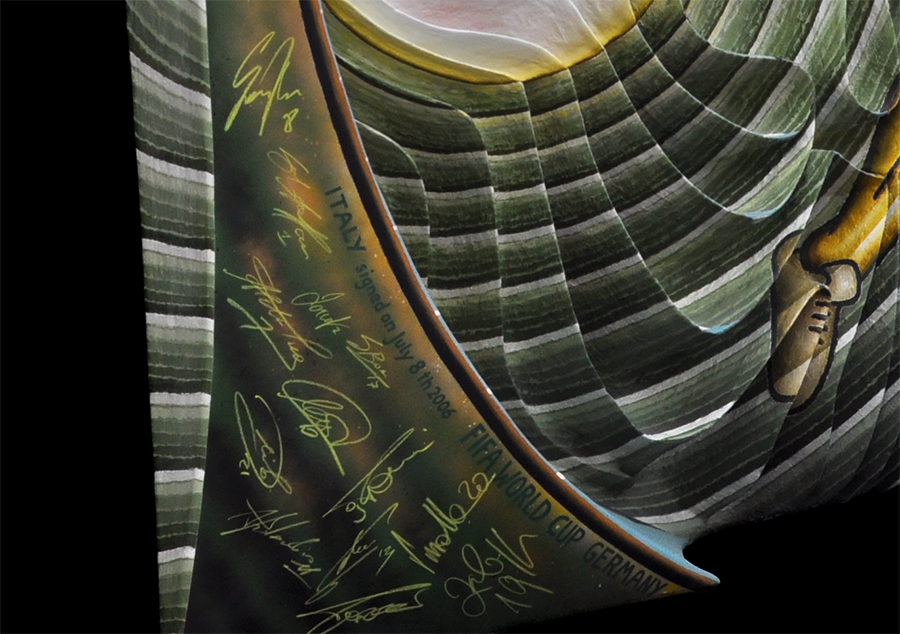 Photos
The third «Victory Work» was «The Road to Berlin», created by David Pflugi for the 2006 world cup. Again, several motifs are hidden within one object, becoming visible only when viewed from different sides. A football player just about to score the winning goal can be seen from the left, while from the right, an abstract character is depicted. When viewed from the front, the object shows symbolic depictions of a gold, silver and bronze player, all marching on a colourful Road towards Berlin.

The football being kicked by the player in the image on the left side of the work is intended to be used as the projection surface for a film whenever the work is on display. The creation of the object took nine months.