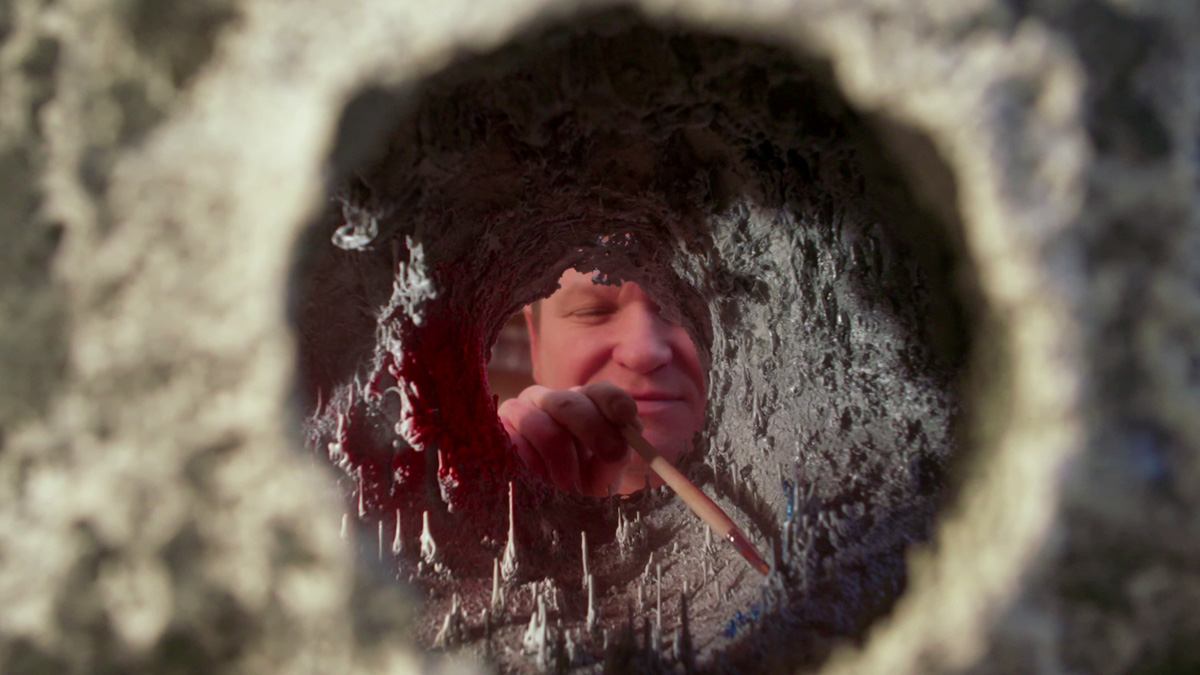 „David Pflugi does not demand contemplation, not observation, but movement. He does not offer mysterious unambiguousness, but sensitivity for the layers of reality.“

„There is no such thing as a flat surface.“

At first, this may seem like an odd and perhaps even somewhat provocative statement. Upon further consideration, however, it turns out to be nothing but a plain truth – for once it is sufficiently magnified, everything which we perceive as a flat surface reveals itself to be a relief, a landscape with peaks and troughs.

A flat surface is a mirage, an illusion – and the perfect example of how the world around us is often very different than we imagine.

The man behind this statement is the artist David Pflugi, born 1969 in Switzerland.

While visiting a quarry in his youth, he started seeing shapes and sculptures within the stone fragments there. His resulting fascination with stone as a medium was immediate. Wishing to breathe life into the stones, he learned the stone sculptor's trade. It was this professional training which laid the groundwork for his remarkable spatial imagination. Alongside this, David Pflugi nurtured an enthusiasm for painting. The coming together of these usually separate arts was later to form the foundation of his creative oeuvre.

Through the union of sculpture and painting, David Pflugi creates three-dimensional objects, which he then adorns with two-dimensional images. Each of these, however, can only be discovered when the work is seen from a specific perspective. Depending on one's angle of view, entirely new images and scenes result, and in the spaces between those, forms and figures – a wild dance of untamed colour.

In addition to sculpting and painting, he also integrates people and new media into his art. This is apparent in his performances, amongst other examples.

Through his creative endeavours, David Pflugi wants to both move people and get people moving. By changing their own position, the observers can discover new perspectives. What is asked of them in return is an almost child-like sense of curiosity, and openness towards the unexpected. This leap of faith is then rewarded with the expanding of their horizons, an almost infinite abundance of perspectives.
Visit the studio »
Works »
The Victory Works »
Performances »
© 1997 - 2022 David Pflugi  |  Impressum  |  Newsletter    ﻿