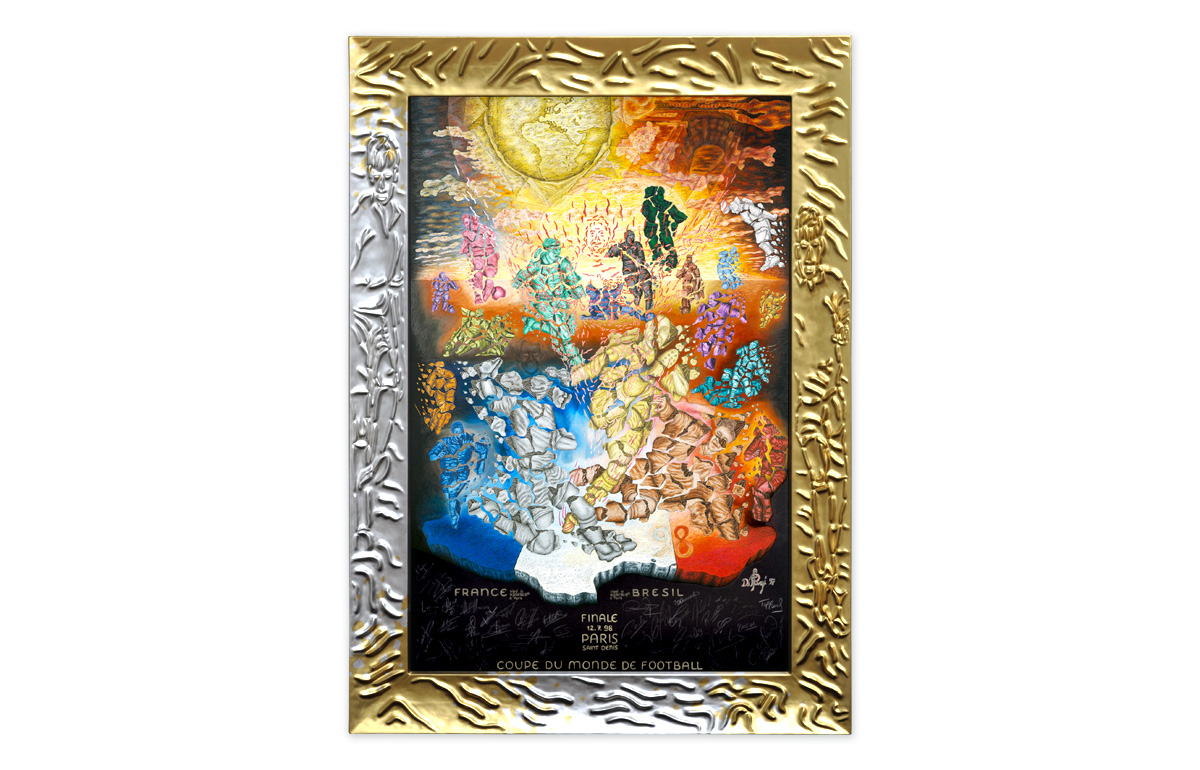 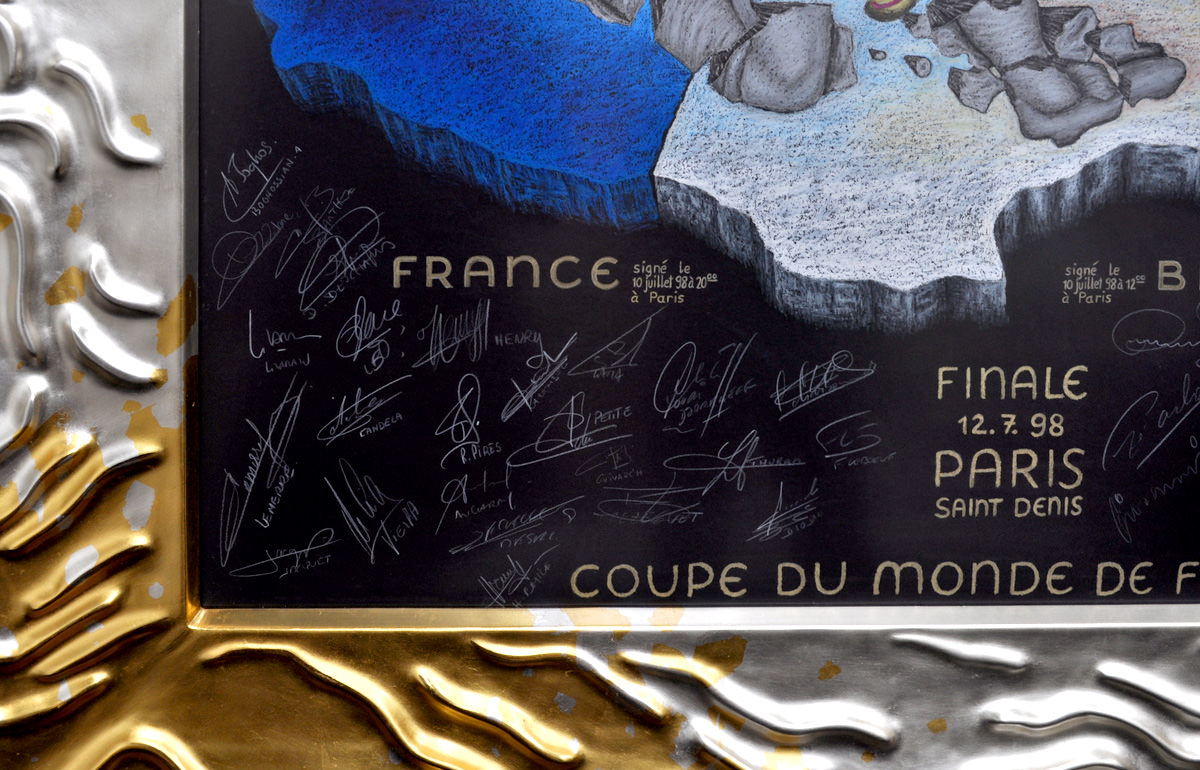 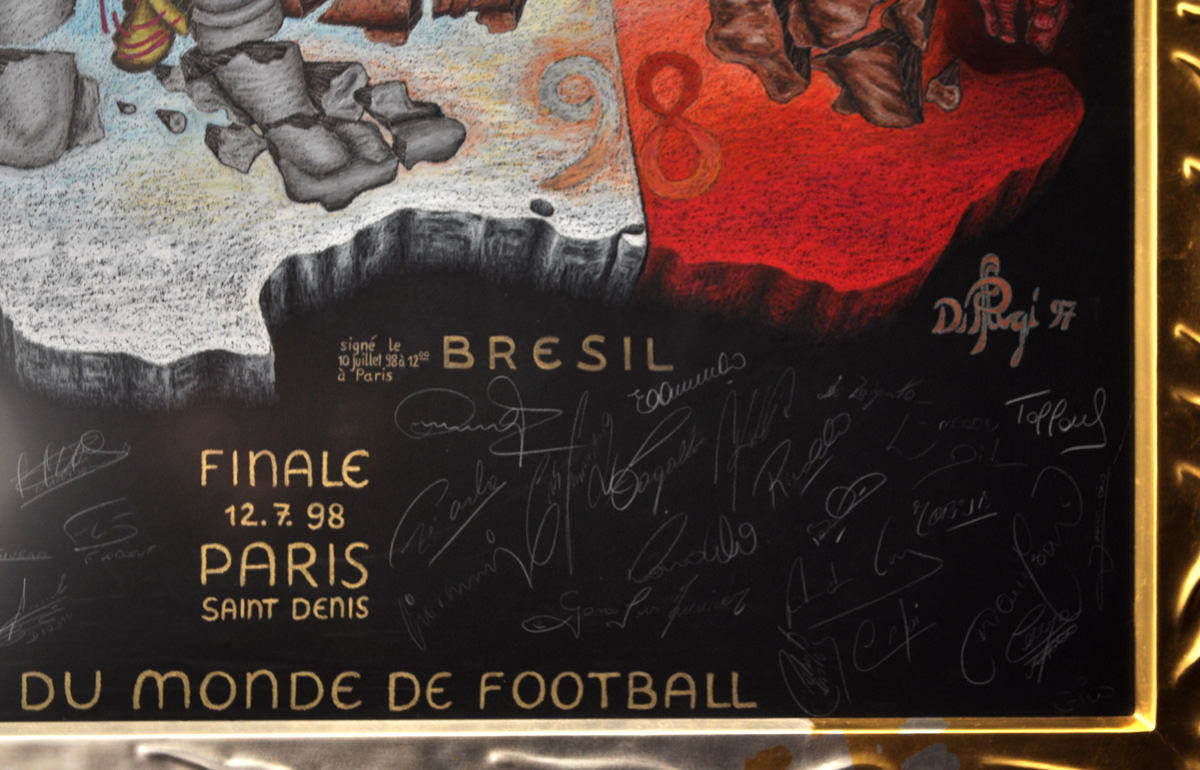 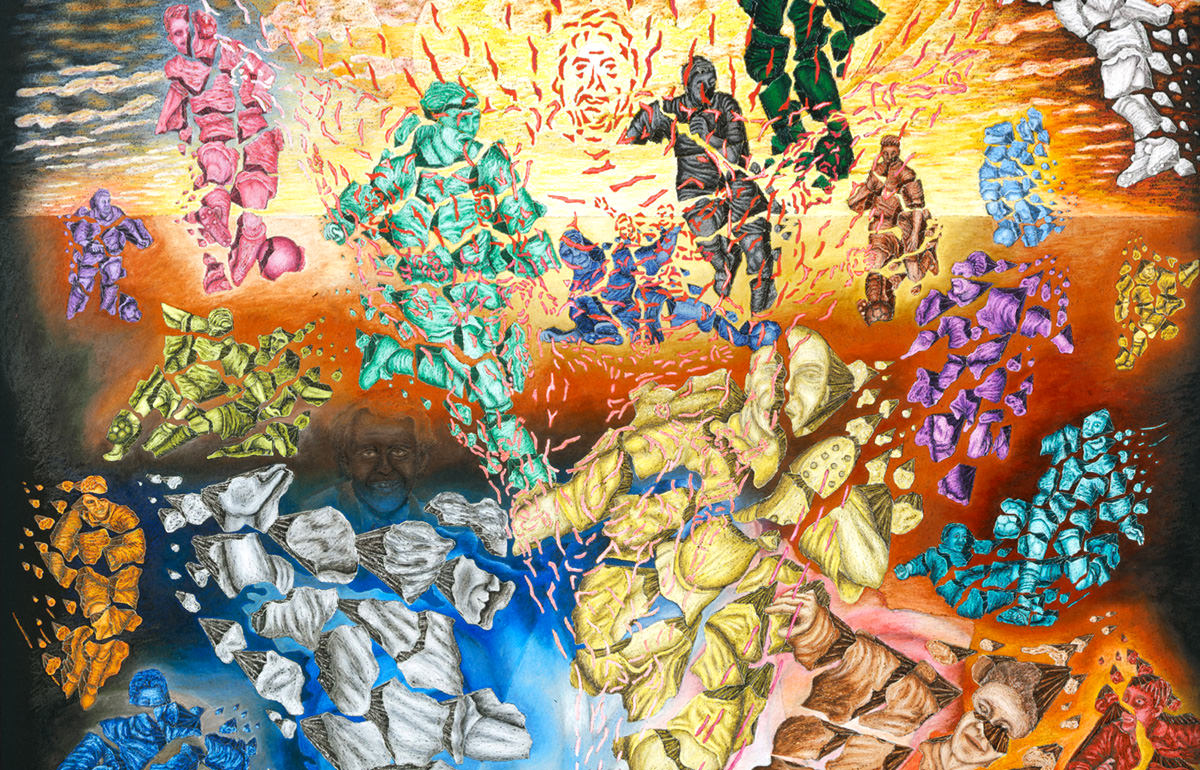 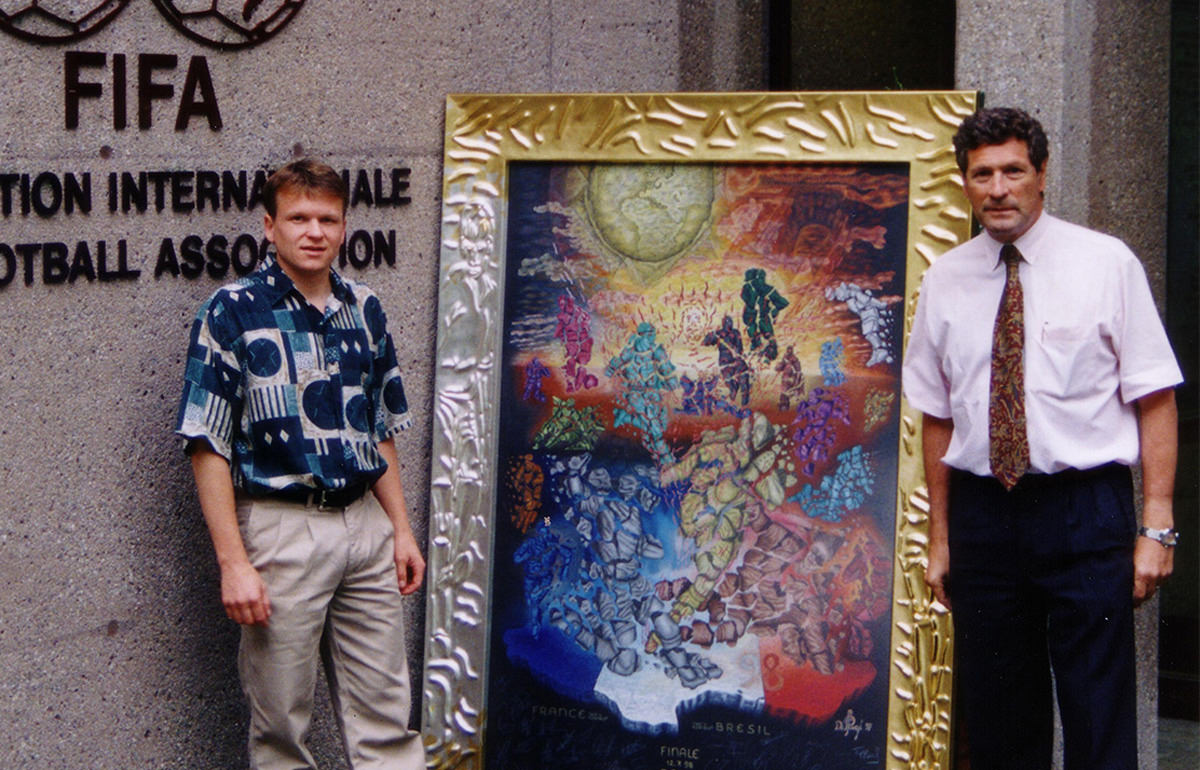 Video
«Le rêve du football» - the first of the Victory works - was completed after about five months of work in 1998. It was one of David Pflugi's first major artistic endeavours.

The painting shows the long and stony road the players must overcome in order to qualify for the world cup in France. Football players in gold, silver and bronze symbolise their victories along the way and their hopes for the final. The golden player is just about to score the winning goal, and a dreamlike rendition of the Arc de Triomphe hovers in a semi-transparent bubble above them, along with the world cup trophy. The face of Michel Platini, head of the organisational committee of the 1998 world cup, can be seen on the horizon.