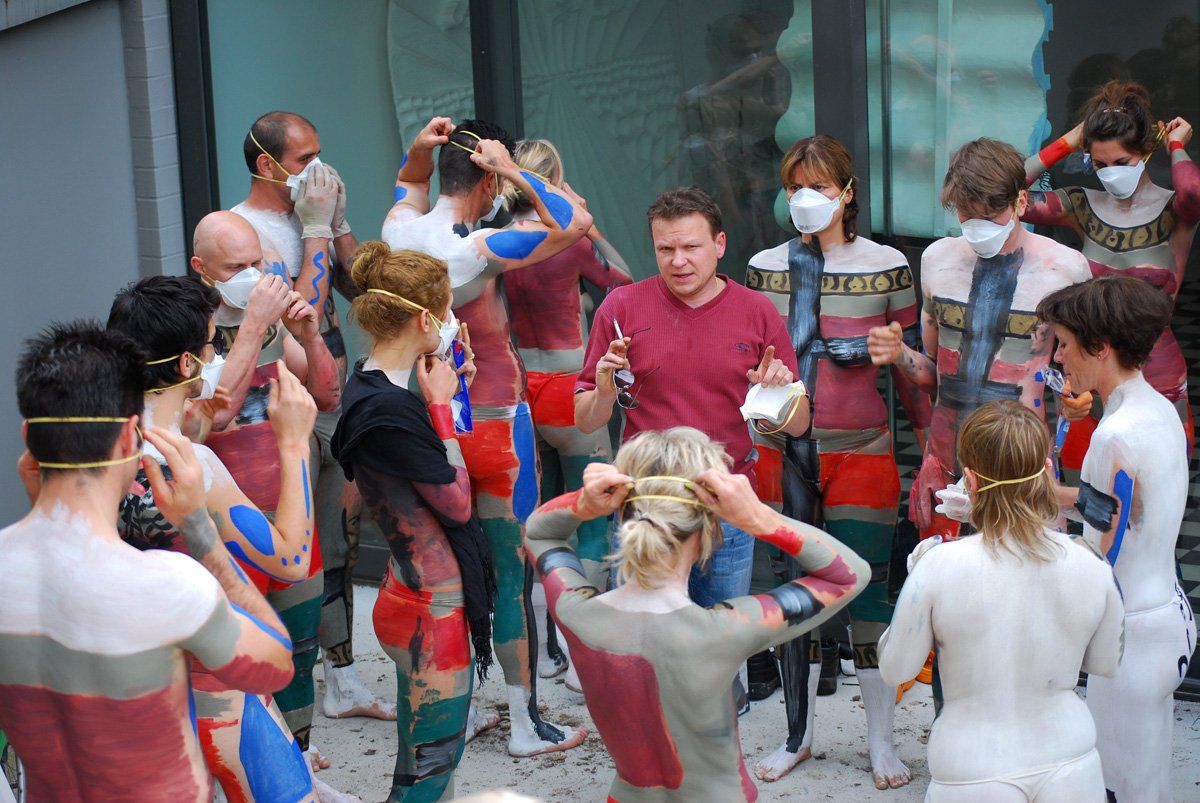 The third performance in the "DC" series, bearing the title "Funeral", took place on June 10th 2009, unannounced and in full view of the public. This time, the setting was not a historical location, but the art world itself – represented by the Art Basel fair.