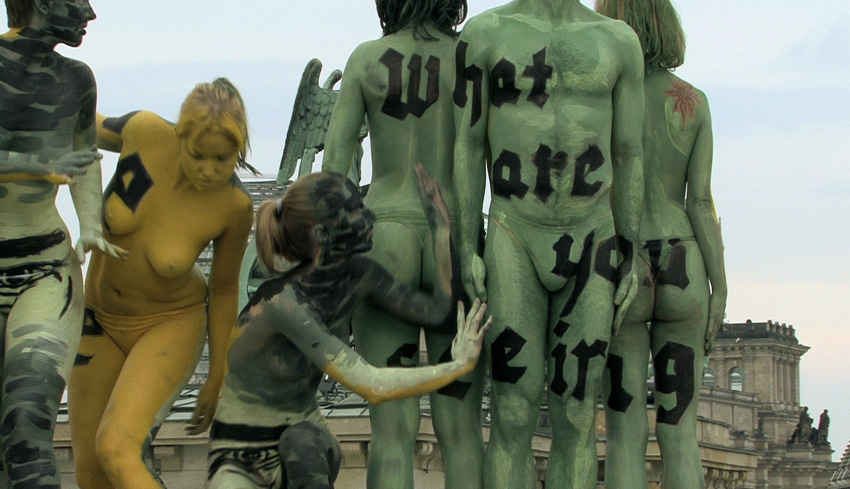 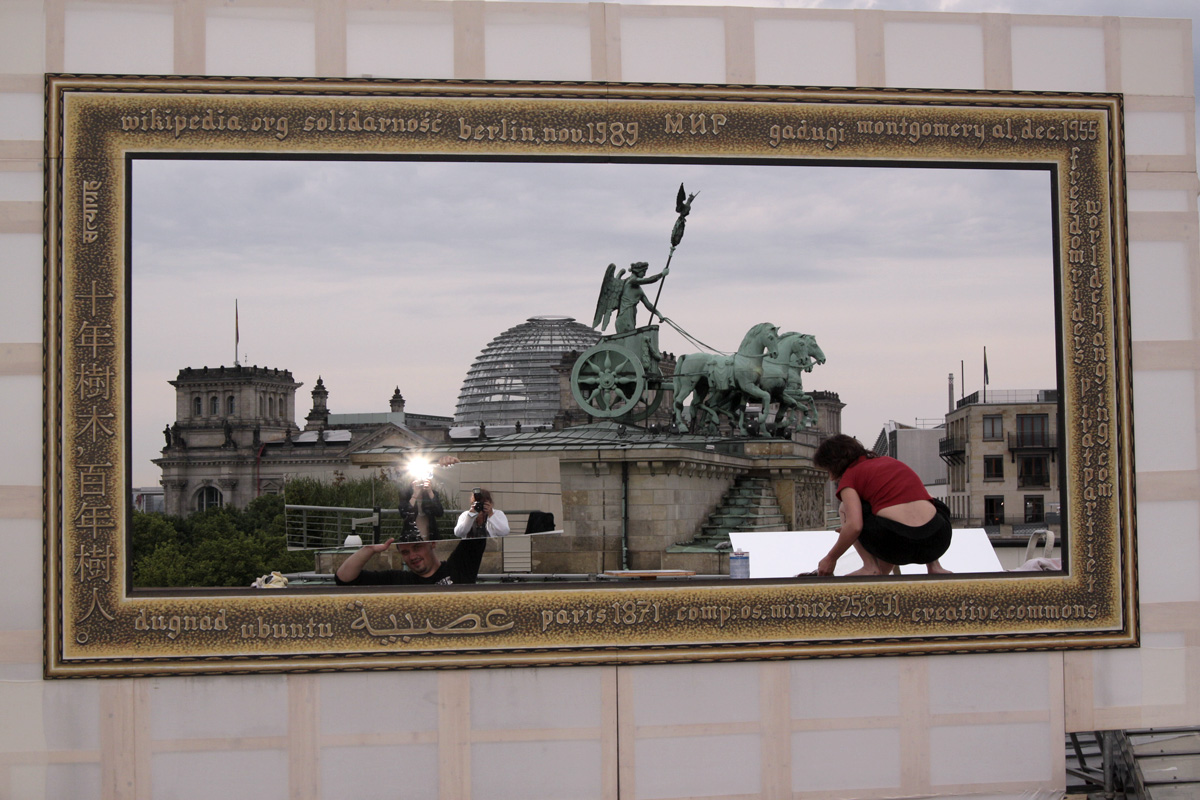 The second DC performance, titled "Hope or Hype", was held on May 21st 2009 at Berlin's Brandenburg Gate, on a level with the quadriga statue.